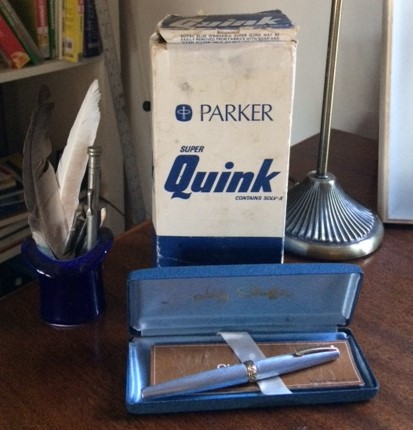 My Dad loved his message in a bottle birthday present. It even spurred him on into sending his first ever “in the whole wide world” text. What!? Oh, I’ll let him off seeing as he’s 72 and that was quite an achievement. Also I got a letter from a friend the other day which was funny and lovely but she said she’d given herself concussion via a bizarre cleaning injury so I did immediately text her too. We can’t not, can we? The aim of this was not to cut all ties with any communication other than the written word. I might be bonkers but not that bonkers. I will write her a letter too of course. Send her one of the snazzy (even if I do say so myself) postcards I had printed (in an envelope obviously). 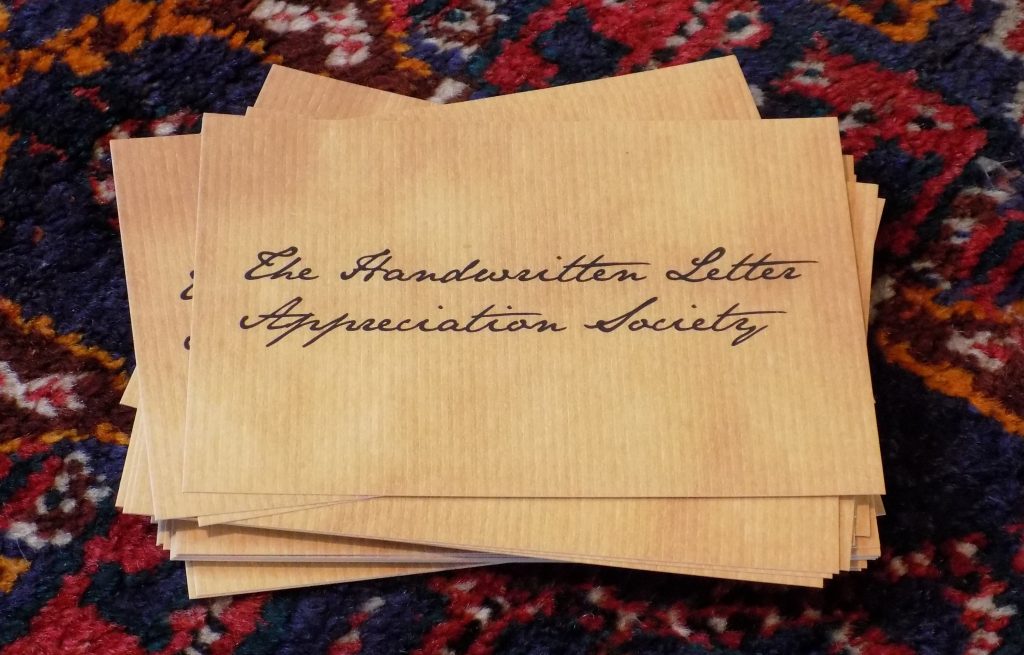 Anyway, sadly the message in a bottle hadn’t floated along the English Channel and up the Thames to Abingdon but it still went on a magical journey via Royal Mail Sorting Offices and arrived the very next day in one piece (well nearly – the envelope was a bit torn but it was quite a lumpy parcel).

Friends have been writing me letters and cards and allsorts too which is fab. Someone I’ve known for a long time even rummaged out her treasured fountain pen, Lady Sheaffer (was that a James Bond villain?) and a beautiful bottle of Quink Ink. In fact, a pint of Quink Ink! Wow, that is either very old or dedication isn’t it. To be fair she said it was still three-quarters full. I don’t suppose it goes out of date, does it? Actually what is writing ink made from? Am I being stupid? I must’ve missed that lesson at school. I think some clever people years ago used to make it from the ink sac of fossilised cuttlefish (was that right?), which I learnt on a recent visit to The Etches Collection in Kimmeridge. No-one else thinks it’s funny to say “Do you want to come and see my Etches Collection!?”, but seriously the Paleontologist’s name is Steve Etches. It’s a fascinating story of a life’s work of collecting fossils on the local Jurassic Coast shoreline that is definitely worth a visit. 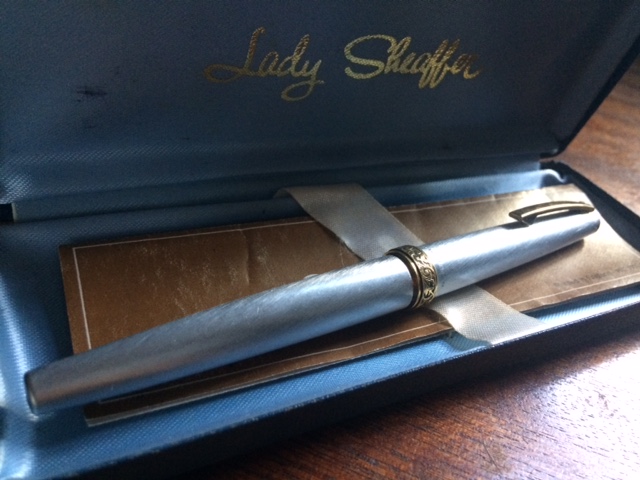 But anyway, how everyday writing ink is made. That’s going to require the services of Mr Google methinks.