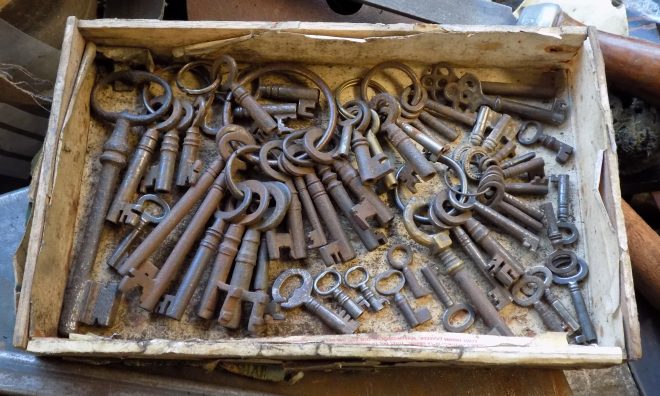 Old keys are mysterious objects aren’t they. I’ve realised recently that hand-held artefacts are what I find really magical for some reason, like coins and clay pipes and buttons. Maybe that’s why I find handwritten letters so appealing, being the result of pen to paper. Although now thinking about it perhaps most old artefacts are hand-held!? But anyway.

Old keys have to be the most intriguing though, don’t they? What did they open? What room or secret (or person!) lay hidden on the other side of the door? Probably most of the pretty little keys my Dad has for fixing old locks are nothing more than for a display cabinet or laundry cupboard but one or two could have been for a treasured writing box or desk. They are like creative writing props to inspire a story or song or poem. Even the old “Romeo y Julietta” cigar box they were found in was all the way from Cuba (Cuban Government guaranteed, it says on the sticker).

My Dad says one is definitely French in design – it looks straight out of a fairy tale. It must be why the keys to the ruined Corfe Castle have centre stage in the library at Kingston Lacy House. There’s something other world portal about them.  A storyteller’s delight.  In fact if I’m feeling particularly generous I may have to send one to the amazing Daniel Morden from The Devil’s Violin. Now there’s a storytelling company and a half. I suppose he may already have a box of his own. 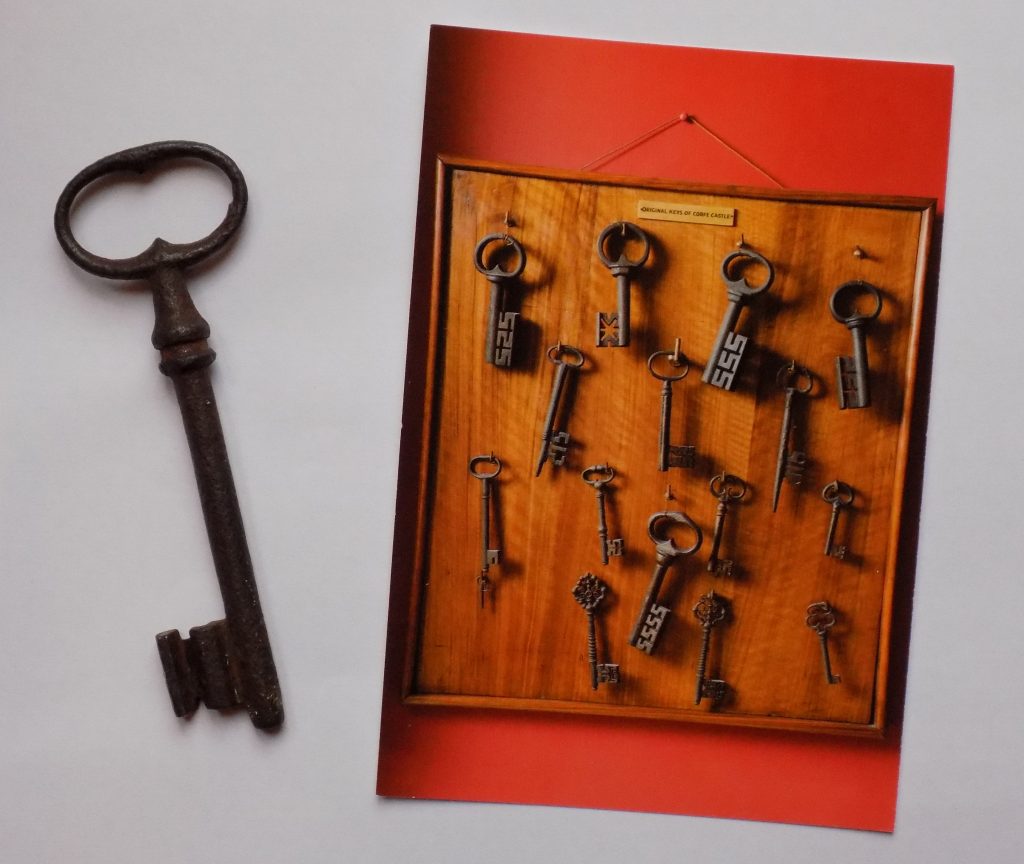 It’s not only the key and what it opens that intrigues me, it’s who made it and the lock it fitted and the person who carried it around and used it.  It feels like a tangible connection to the past.  Like coins from the World Wars.  They seem more poignant somehow than the peace-time ones but all have travelled through the hands and pockets and purses of so many people just like me. I find that like a lost thread through time. One of the coins we have is from 1806 – Lord Nelson had only died at Trafalgar the year before! 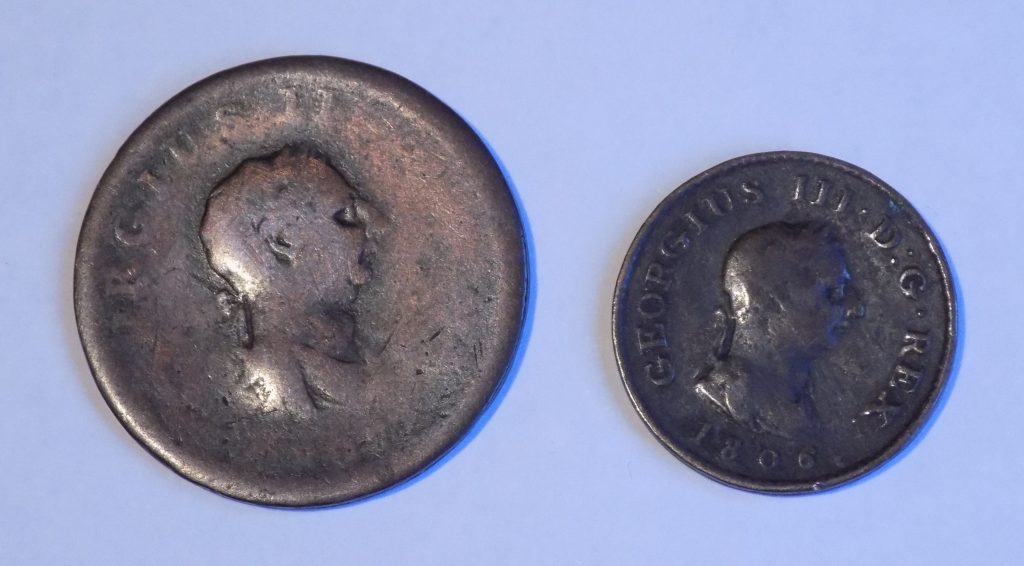 And the clay-pipes, I have to confess, I’ve got a bit of an obsession with.  They wash up on the beach after easterly storms.  They do take a lot of searching for, which has lead to puzzled friends stopping on their way to town to ask what I’ve lost.  I’ve taken to making stuff up, mainly to lessen the kids’ embarrassment but also because it takes some explaining and not everyone gets it.  But those little clay-pipes we think came from the quarrymen loading up the boats with limestone destined for London 200 years ago.  Discarded like cigarette ends and rolling around in the sea ever since.  They could even have been from local smugglers bringing in their booty under the cover of darkness (that makes me talk a bit piratey but I guess they were much the same).

And the lamplighter’s button we found in a little gift shop.  Another amazing tale to tell.  How our lives have changed hey. Or not, really. Last time I checked we still use keys and coins and buttons (less so clay-pipes) and definitely still pens (well for the time being anyway). 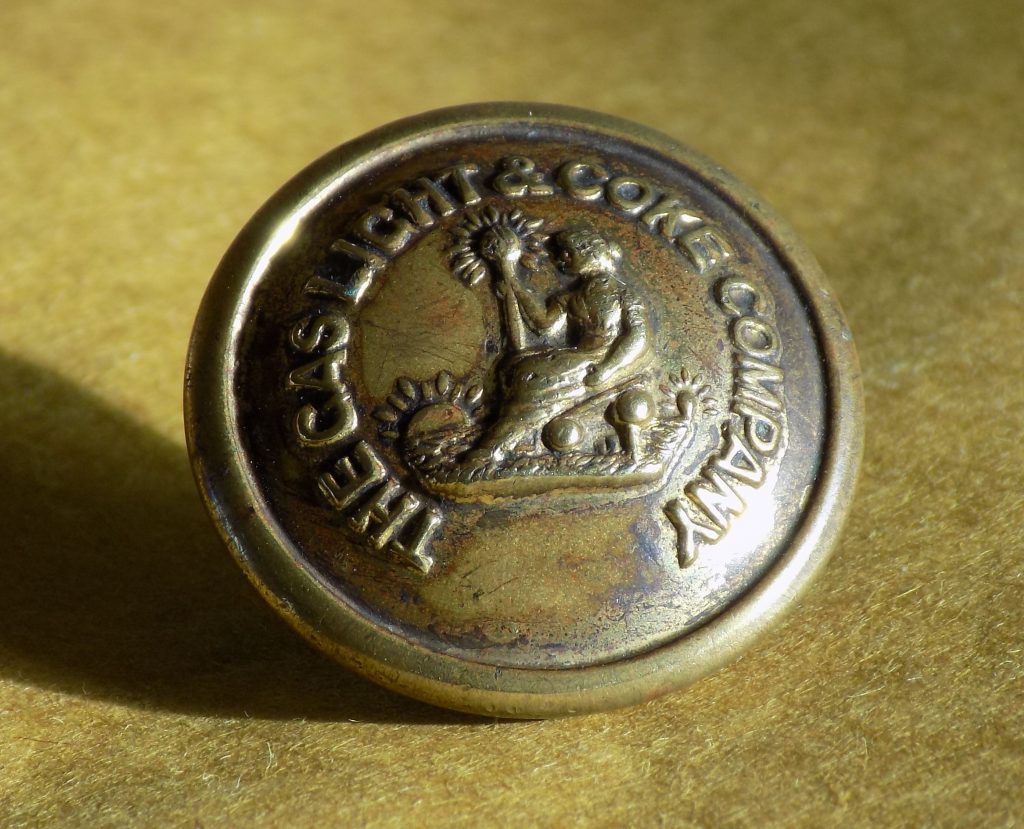