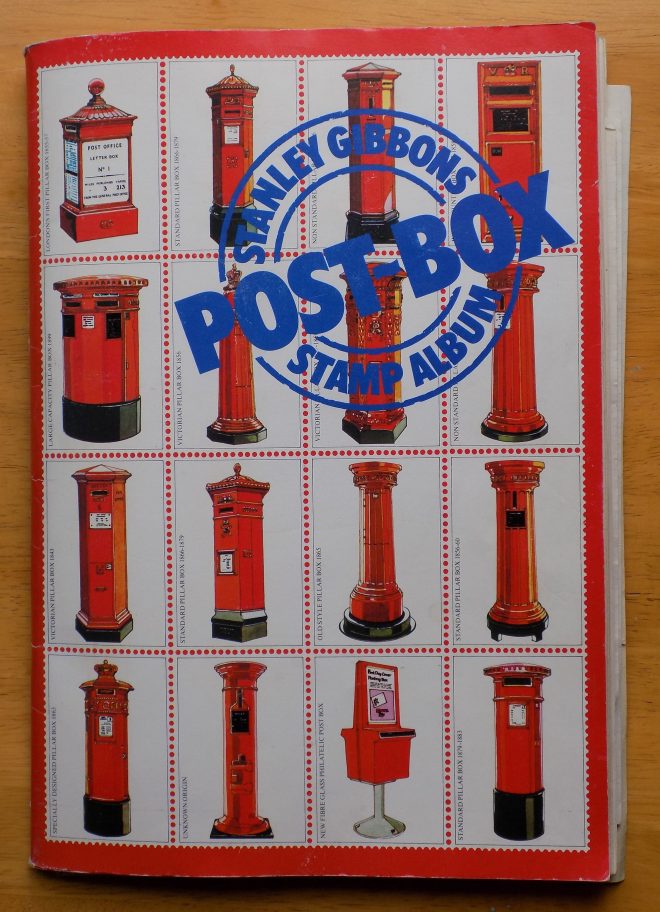 Having said this little project was more about letters than stamps, I may have told a fib.  Only because the other day, up in the loft I found my stamp album that I made as a child which I’d totally forgotten about.  It was the post boxes on the front that grabbed my attention but I would’ve put money on the fact that most of the pages were empty.  I flipped open the album in an unexpectant way to be utterly surprised by the quantity and quality of stamps in there.  Some I’m sure are just printed reproductions but some are quite amazing.  Like the American Space Programme ones – all eight stuck to a piece of envelope unfranked, the 4 and a half pence Winston Churchill one on a First Day Cover edition from 9th October 1974, and some funny unperforated ones on the back of a little brown envelope marked “On India Government Service”. 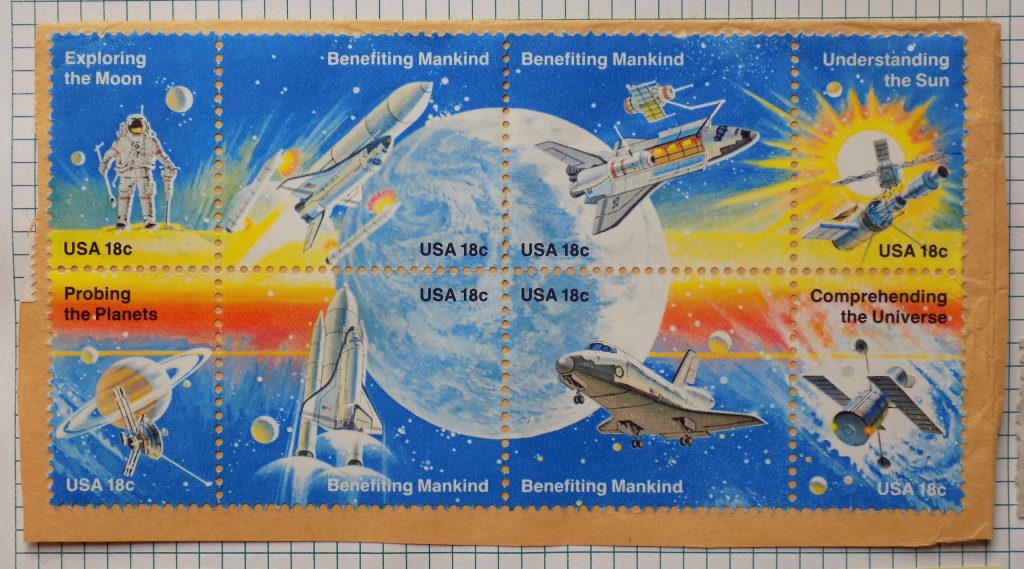 I’m no Philatelist (seriously, why not Stampologist?) but there are some really lovely ones in there.  Maybe even worth something (I doubt it but you never know).  I took the risk and stuck an old King George VI 2d stamp on a letter to Simon Garfield (author of To The Letter and all round champion of letter writing) so I hope it got there.  It’s a funny little collection.  Scrappy old bits of paper inserted for the stamps that overflowed a country’s allotted space, stamps from countries that no longer exist like Yugoslavia and Rhodesia, and clearly many hours spent carefully licking the stamp hinges and arranging them as best a 9 year old could do. 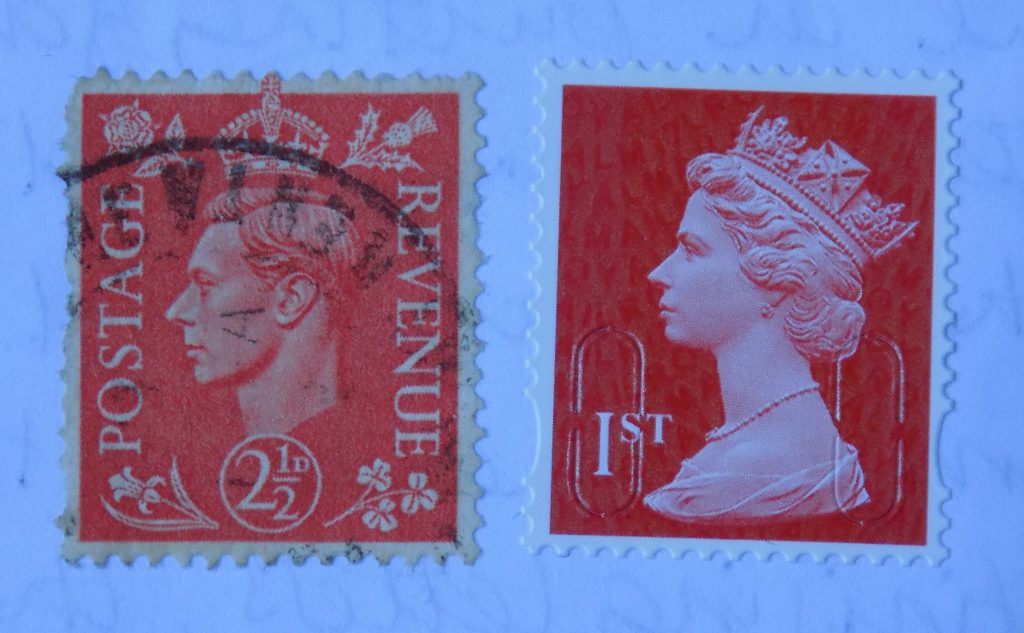 It’s absolutely true “the past is a foreign country” (I still can’t really recollect when I did all this stamp collating) but equally what a little gathering of cultures contained amongst the leaves of the Stanley Gibbons Post-Box Stamp Album.  My Mum has rooted out hers from her childhood too.  I honestly can’t wait to see it!  I wonder if any of 2018’s pretty stamps (OK “specials” for the purests) will be worth something one day.  Trouble is I’m partial to sending the ones I’ve bought rather than collecting them which doesn’t really help, does it… 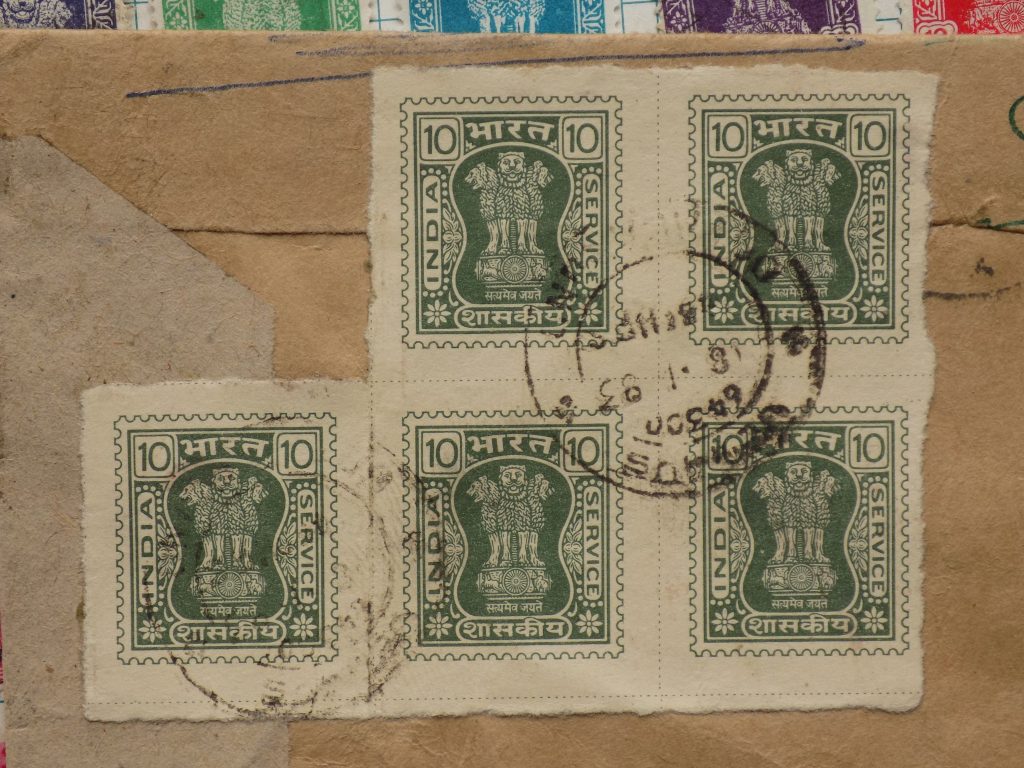