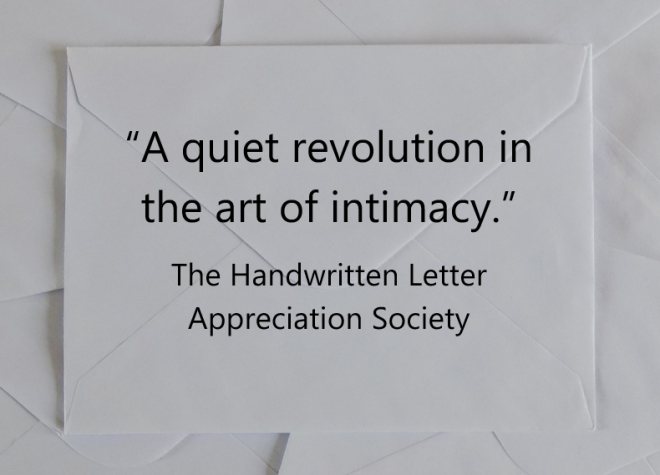 Is that a bit pretentious? I don’t mean to be, I promise. I just think it describes what I’m trying to achieve with The Handwritten Letter Appreciation Society, and the act of writing letters. Social media is all the rage but I think it’s changing how we are. Everything we do we have an overwhelming urge to take a picture of it and share it with our friends online.  It’s becoming the norm and then we wait to see how many likes or shares or retweets we get. It’s massively addictive, isn’t it?

I’ve started trying just to enjoy the moment with the people I’m with just for my own sanity.  There’s a slight neurosis about recording every single second of our lives in case we miss something. It’s difficult because it’s lovely to look back on events we’ve been to – a snippet of your child’s school play, a murmuration of starlings, a massive pop concert – but then we only ever enjoy it through a screen. Did you watch The Royal Wedding? That honestly freaked me out when the carriage went round Windsor. I’m pretty sure usually everyone would have been clapping as they went round the route. Instead there was almost an eerie silence in places where practically everyone had their phones out recording the moment the carriage went past. It was like a weird sci-fi 21st Century salute.  Maybe Harry and Meghan didn’t mind, who am I to say, but had everyone forgotten or were unaware that the BBC alone must have invested millions into recording the whole thing from every angle for the whole world to see, i.e. there was no need to video it on your phone, was there?  (Seriously, watch a couple of minutes of this if you didn’t see it.)  Perhaps it’s just our brave new world. No point trying to hold it back, I suppose. 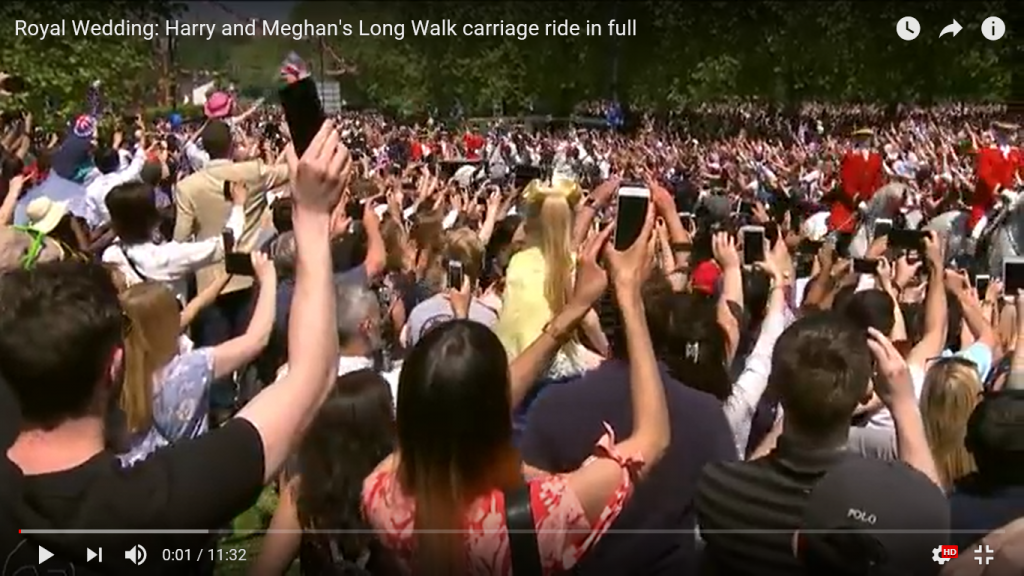 Well, perhaps no point holding it back but maybe it’s time to add a bit of balance in favour of intimacy, or being in the moment again (hmm, that does sound a bit pretentious). Maybe I’m the odd-ball, but I love the fact that when I write a letter it’s only for that one person.  The only “like” I’ll get is if the person writes back.  And of course our letters can include our highs, our achievements, the fact that we were right there at The Royal Wedding (well, not me, but you know what I mean), but also we can share sad things and worries and some of our failings without the whole world watching and judging. I might be wrong but that feels like a bit of a revolution to me (she says as she shares this online)…