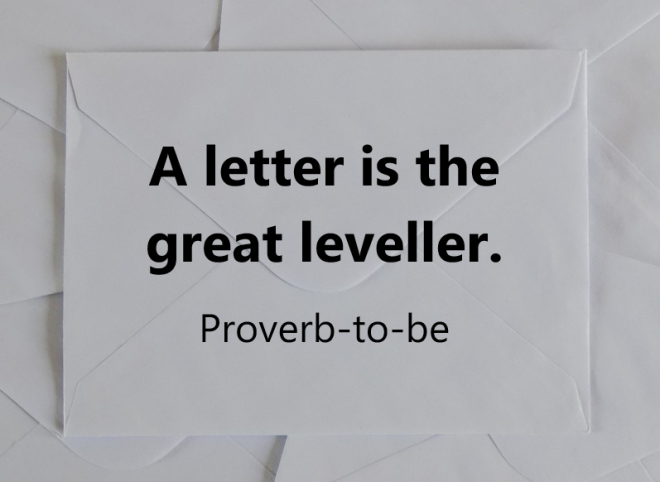 What I love about letter writing is that I see it as the most amazing leveller. I can’t think of another activity where you can reach out to anyone you want to more personally and directly than you can with a letter. OK, it might not always get to them if it’s to someone famous which is a bit of a fly in the ointment but the fact that you are able to put pen to paper to whomever you wish – I love the sense of freedom in that. I suppose there can be a sort of hopelessness that accompanies writing to famous people if that’s who you choose, mainly because they receive so much mail, but it’s the thought that it could get to them (as long as their PA has written a letter or two before, and it doesn’t just end up in the recycling). But also, no-one can decide or edit what you write in your letter which I think is really empowering and liberating. It’s totally yours.

There is that famous quote about waiting 24 hours before sending an angry letter which is very good advice but on the whole rather than angry letters I find it’s just lovely to explore ideas with fellow human beings. To hear their stories. To tell them yours. I think everyone has a story to tell no matter what it is we “do”. I need to ponder it a bit more but what we get up to work-wise doesn’t need to define us as people. I had this idea that when you first meet someone instead of asking “What do you ‘do’?” you could ask “What is your story?” Or if you do ask the former then maybe you have to promise to follow it up with a question which shows genuine interest in whatever it is they say. I know, I do think a lot of people might look a bit blank if you say “So what is your story?”, like you’d gone all theatrical and flamboyant, darling, but I still think it’s worth a try.

But anyway, writing letters. The idea of us all being equals really appeals to me (even if that is a bit radical for a Tuesday afternoon). I think it’s probably totally unachievable because of egos and pedestals and conditioning but handwritten letters might just be able to slip through the defences and help us to see things differently. Even with people we know well they build that bond, iron out creases, open us up in a way only writing a letter can do. And if a letter goes unreciprocated there’s still something magical about putting your thoughts on paper and sending them off. They take no account of position or social status or what you “do” for a living. They are just one person connecting to another.

I can’t think of anything lovelier or more refreshing.