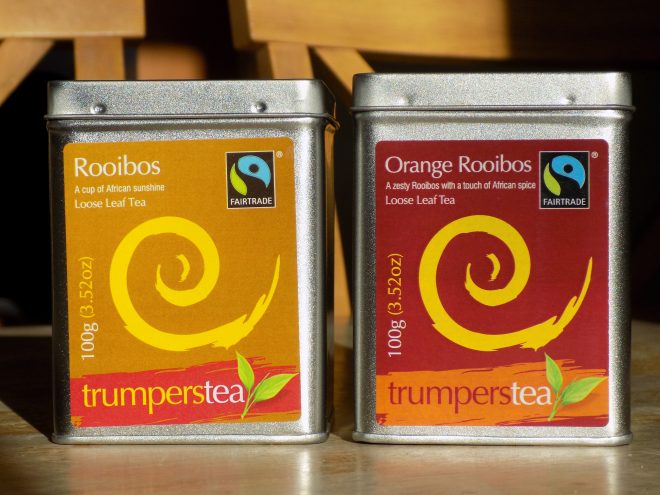 I’m a bit worried that if you could see me now you’d think I was entirely mad. The only saving grace is that (and not wishing to boast or anything but) the other day I got another little note from Dawn French saying “Clearly you are certifiably bonkers in a delightful way!”, so I’m clinging to that. However, I am up my little letter writing shed at dusk with a pair of candlesticks for light, a little message in a bottle ready to be posted to my Dad for part of his belated birthday present, and have a pot of tea with an old but very favourite woolly hat as a tea cosy (it got shrunk in the wash). I think I may need to explain…

So out of the blue two tins of tea arrived in an exciting package a few days ago from our friend Claire Trumper of Trumpers Tea in Hereford (I know! What a cool name!). I boringly have to avoid caffeine in tea these days unless people want to conduct a scientific experiment into the effects of it but the thought of not ever drinking tea again would make me question the sanity of whoever suggested it. Anyway with all Claire’s tea knowledge she said “Why not try this Rooibos loose-leaf tea instead?”, hence the cobbled together tea-set and tea cosy. I have bought a proper tea strainer now. The first cup was poured through a cooking sieve with, I have to say, limited success. 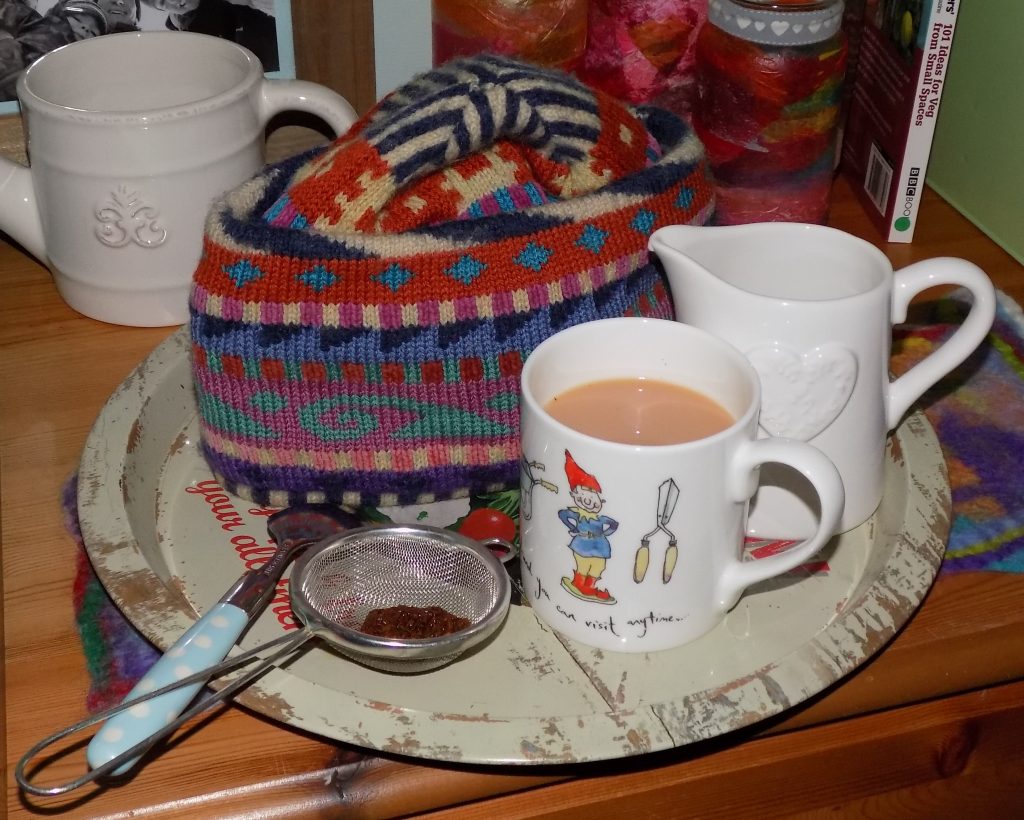 The candlesticks were because I wanted to trial run some fun ways to write letters (as included on the For Kids page) and also because it seemed romantic and historical to write by candlelight. They aren’t really antique but The Old Forge Gallery in Swanage was just a little Aladdin’s Cave and my inner magpie meant I had to have them along with the old postcards and brass letter-knife and 10 little Victorian glass bottles dug up locally. If I can work out a way of sealing them then I’m going to rebury them with a handwritten letter for someone to find in the future.

I really want to trial writing by candlelight with my two as well but I can hear the groans already. Ah, but whatever. I’m having fun, even if I am a little bonkers. 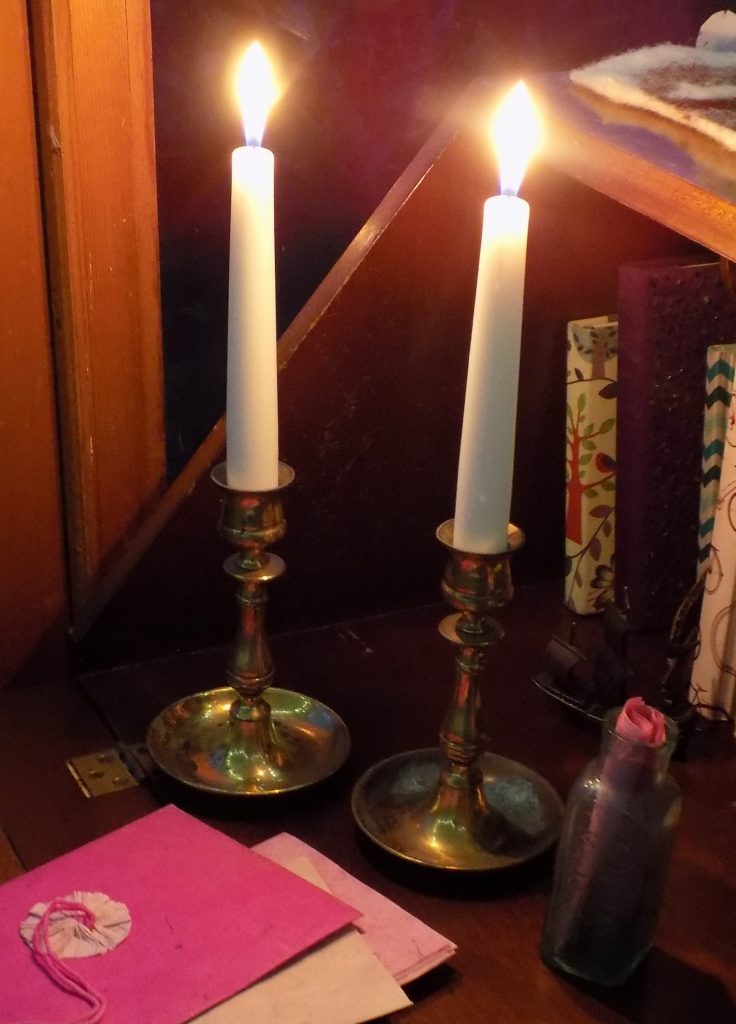 One thought on “Adventures in Letter Writing No. 8: More Tea Vicar?”