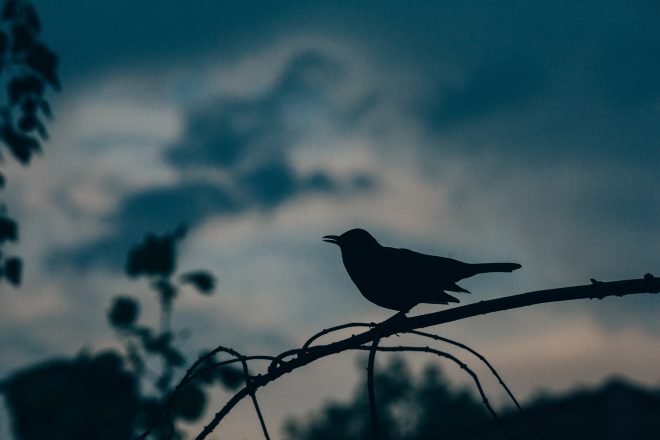 Honestly that felt hilarious, dashing down the hill at dusk to try and catch the 5.15pm postal collection with my little Basildon Bond letter to George Clarke in my hand. Seriously it was like some sort of living history exercise. I wouldn’t have looked out of place in a bonnet. I’m sure it was commonplace, maidens (haha) hurrying for the last post 150 years ago, but today!? 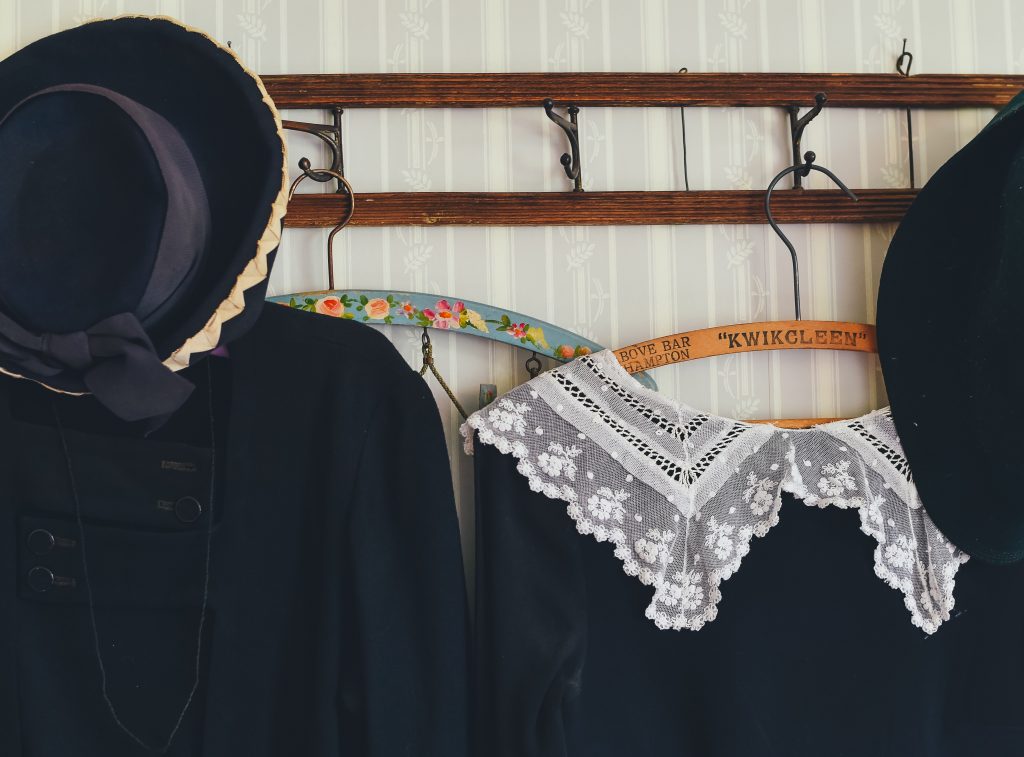 Aw, it was a lovely time of day to go though. The sun had set but the blackbirds were still doing their chirpy thing and the sky was clear with only a few wispy clouds. The moon was that beautiful slither like a football with a torch shining on it. I had to stop on the way home just to study it.  The little street I half ran down to catch the post is an old part of town with the little limestone church we got married in many years ago and stone flagged pavements and pretty cottages. It was that brilliant time of night when people had put their lights on but hadn’t pulled their curtains so it felt cold and frosty outside but there was a warm glow from the windows. The houses and trees were all silhouetted against the inky blue sky too.  In one house there was a lady watching Tipping Point or Pointless, I couldn’t quite tell but didn’t want to loiter; in another, three people were admiring their house refurbishment handiwork. We kind of caught each other’s eye but I whizzed on past. In my defence, isn’t it nearly impossible not to have a little nose into people’s worlds at that time of night? (Although maybe it’s just me that’s the nosy parker.)

Anyway I got to the post box on the dot of 5.15.  It seemed a bit empty when my letter dropped to the bottom so I’m hoping they hadn’t come early.  I’d meant to write to George Clarke ages ago about The Handwritten Letter Appreciation Society’s Letter Writing Shed to ask his thoughts on it but got distracted by Christmas and postcards and making quills. The usual. Yesterday I decided it was time to “have a go” at Twitter and instead tagged him into a post about making this the year of handwritten letters (#handwrittenletterrevival – get me!).  Very excitingly (I thought) he “liked”, replied, retweeted,  and “followed” me. It’s funny how the meaning of words have changed these days because of social media. Apparently we now follow each other!? That sounds creepy if you ask me.

But he did say “There is nothing better! Love handwritten letters! So rare these days”. Darn it. I knew I should’ve sent one ages ago – mine’s now going to be lost in bags of mail arriving on George’s doorstep on Monday, isn’t it. Oh, never mind. I’m going to see if I can get myself a bonnet on eBay instead. I’m sure the neighbours won’t think it’s at all odd… 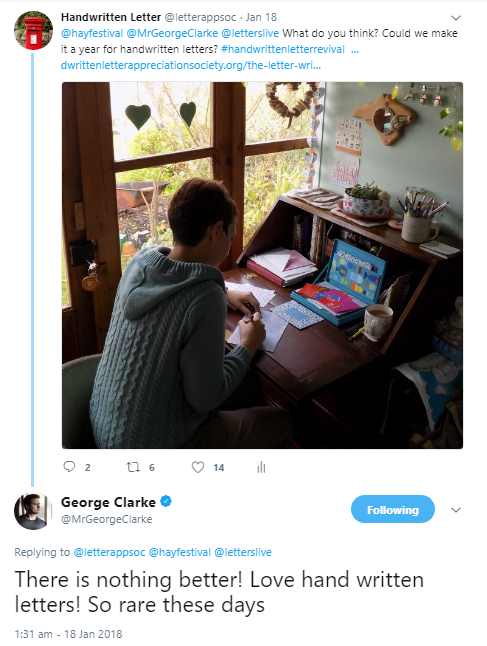