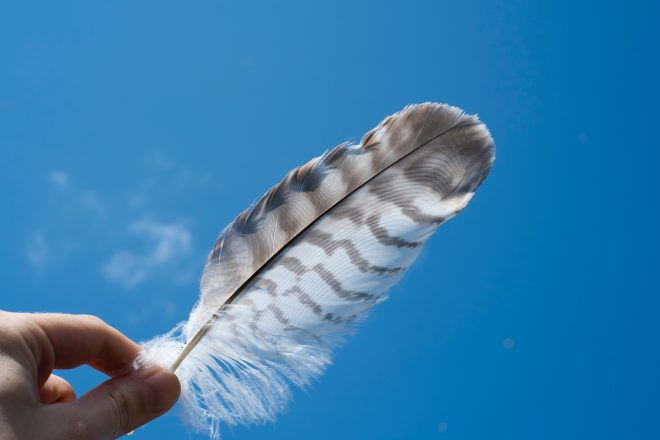 Well that was the best thing ever (I am such a saddo), and a hundred times easier to make than imagined!  But really what a giggle to have a go at writing with a quill!  Maybe it was beginner’s luck but that was such a sense of achievement making it work.  I really didn’t think it would, not my first go anyway.

I feel very William Shakespeare with my fingers covered in ink, although in truth that wasn’t from writing with the quill (that was relatively mess free), it was from cutting open ink cartridges to get at some proper ink.  The little ball-bearing shot out like a bullet and then you had to cut the other end off to release the vacuum.  Lucky I’m not too house proud what with blue ink splattered all over the sink and everywhere.  In hindsight I would probably advise changing out of your best/favourite clothes before you attempt the same thing.  Or wait until you have bought a bottle of ink!?

Anyway, the two little videos on how to make a feather quill were enough to help me make my first one.  We found the feather right up the far end of the beach on New Year’s Day. I’d found a similar gigantic one weeks ago but stupidly stuck it in a plant pot outside and some high winds saw to that.  But honestly it was really easy to make (obviously just be VERY careful with sharp knives).  After some initial teething troubles I remembered seeing the guy from the Storm the Castle video use it in what would seem like the upside down position which completely solved the flow issues.  A box file flipped open made a perfect Victorian slanty writing box and I was away!  I managed to pour loads of ink into the feather too (and all over the table) which meant I could write a whole page before having to recharge it (not sure this is technical quill jargon but hopefully you catch my drift). 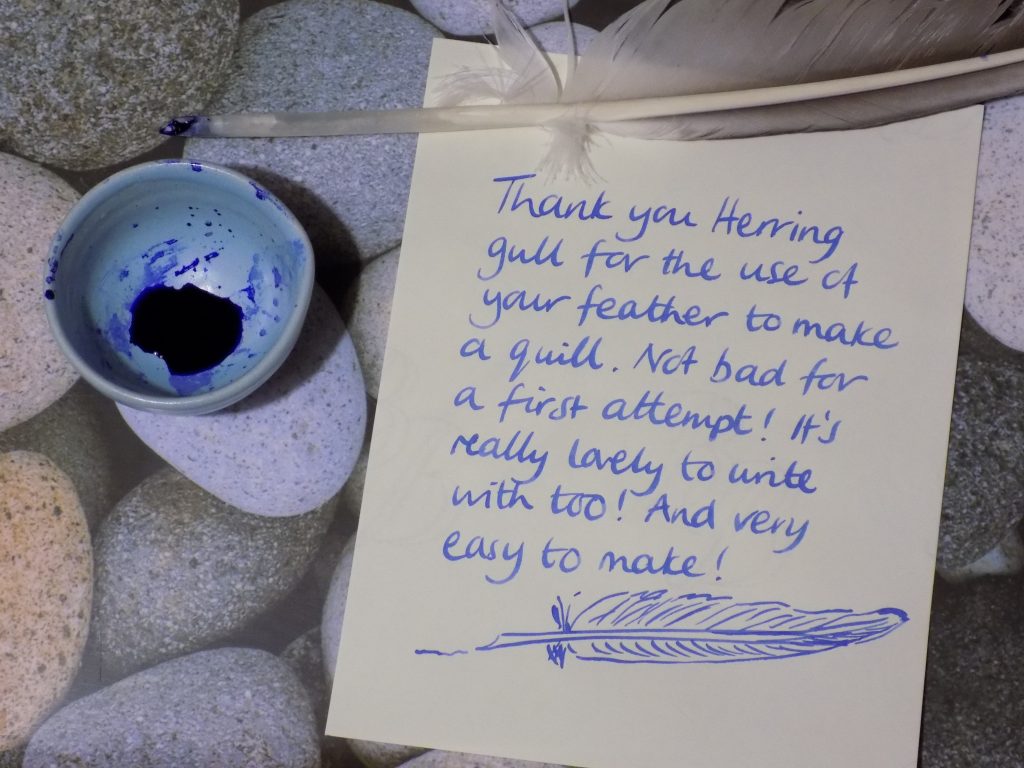 There was a bit of debate as to whether it was a Herring or Black-backed gull feather but I went Herring gull.  It was lovely to find a feather out and about on a walk but you can pick them up online really easily too.  I might have to take a trip to WH Smith’s though this afternoon just for a proper bottle of ink.

I promise you won’t regret giving it a go, especially if you come over all Hogwarts. You can imagine sitting your Ordinary Wizarding Level exams… 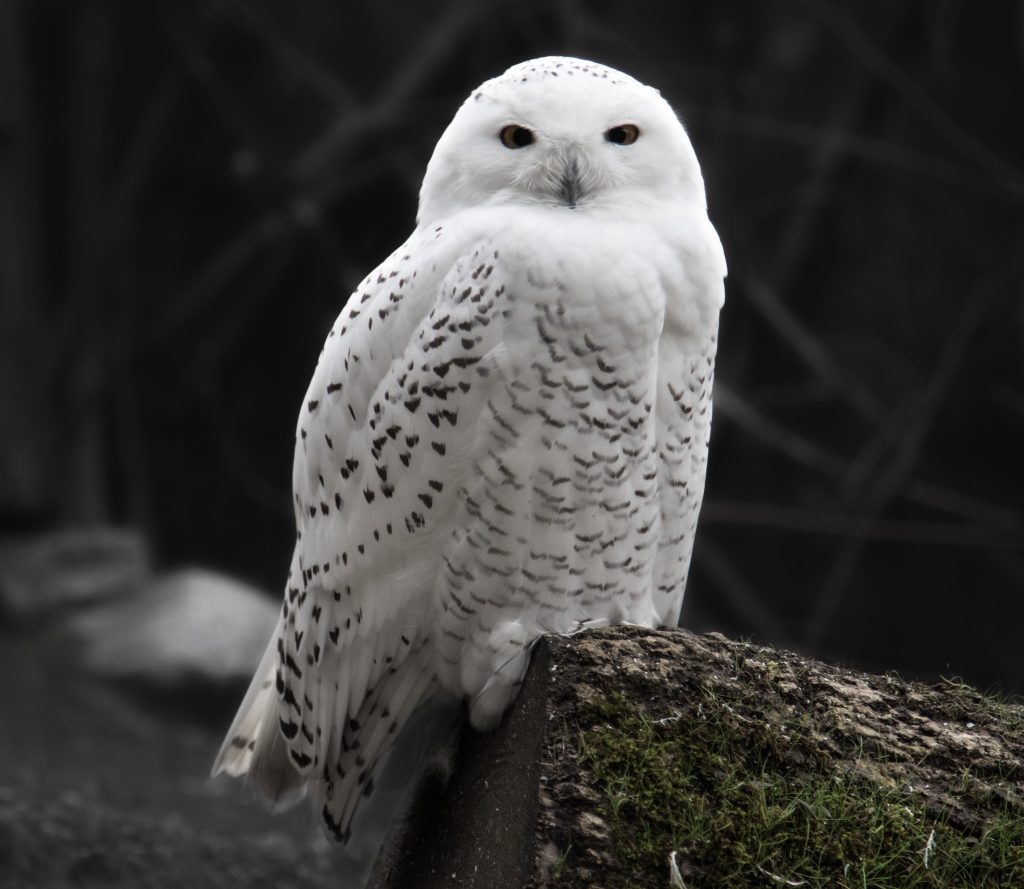 One thought on “Adventures in Letter Writing No. 20: Quills and Spills”