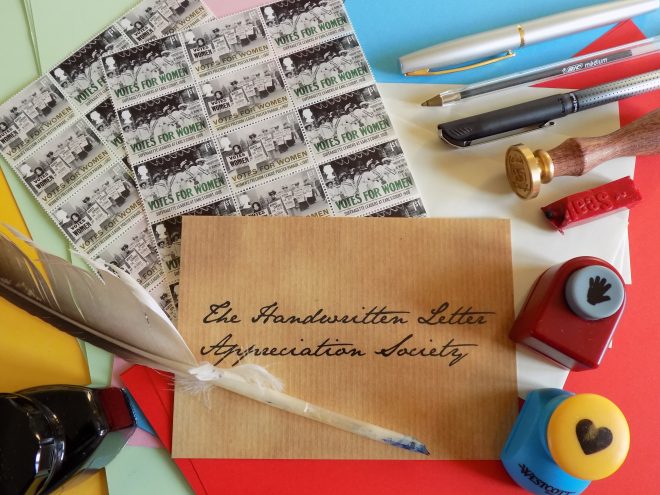 Sorry it’s all been a bit quiet on here lately but 1) Storm Emma/Beast from the East! and 2) I’ve been planning an actual Letter Writing Workshop – get me! I always think of Alexi Sayle whenever I hear the word “workshop”. “Anyone who uses the word workshop outside of light engineering is a twot” (I made that a bit politer). It makes me laugh. He’s right of course but I didn’t know what else to call it.  I was meant to be trialling it yesterday but as Horatio Nelson said “I cannot command winds and weather” so we had to postpone it.  Youngest (who was coming on it) thought it quite appropriate for it to be “post”poned, bless him.  Such a shame, but orienteering and pond dipping in sub-zero temperatures just wasn’t going to happen, not least because the pond was frozen over.  The last thing I wanted to do was put them off the idea of letter writing for life.  It will happen (the workshop I mean, not the putting them off for life, hopefully!?). We just need to reschedule.  I’d made a Powerpoint presentation and everything so it has to!

The orienteering and pond dipping was to give us something to write about in our letters if people were feeling a bit stuck for ideas, sort of on the lines of Aurora from the film Passengers, “If you live an ordinary life, all you’ll have are ordinary stories. You have to live a life of adventure.” (But equally I do love the quote by James A Michener, “The really great writers are people like Emily Bronte who sit in a room and write out of their limited experience and unlimited imagination”.) But anyway, we were going to spend a day at Leeson House having fun, doing activities, writing letters, and then walking to the post box at the end of the drive. I’d even harassed Simon Garfield of Letters Live fame to give me his Top Three Reasons why we should keep writing letters, that I could share with the children.  These are they:

Lovely aren’t they. But Storm Emma had other ideas. It didn’t matter at all.  We never get snow in these parts so it was a real treat (if you weren’t stuck in it or didn’t have to be somewhere important or had a roof over your head), and well, I got to write a load of letters to friends which was lovely.  I even managed to get a cute shot of our (my) Letter Writing Shed in the snow once I’d moved all the junk and giant inflatable flamingo out of the way (it’s been kicking around since the summer).  The homemade fire pit (top of an old rusty wheelbarrow) remained but I like to think that reflects an untold Romany Gypsy gene or my improvising nature. 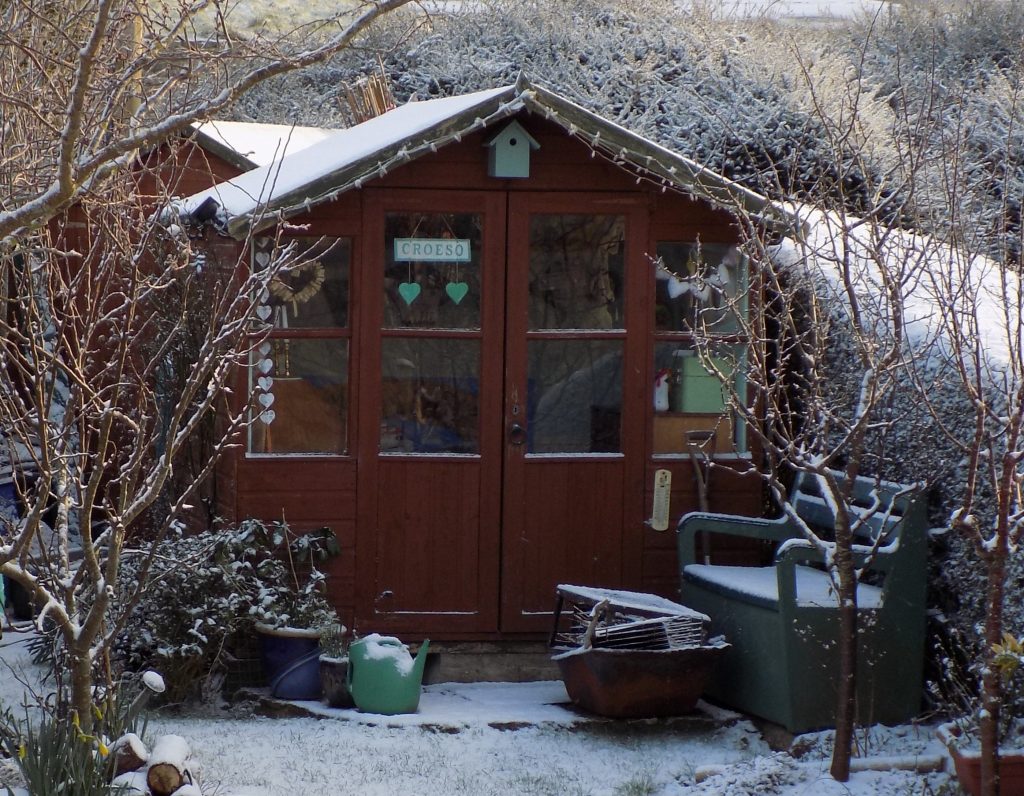 Thankfully today the thaw has set in and I don’t have to slip-slide down to the Post Office on treacherous ice to post my letters. And I’ll of course report back on how the Letter Writing “Workshop” turns out, extreme weather allowing.