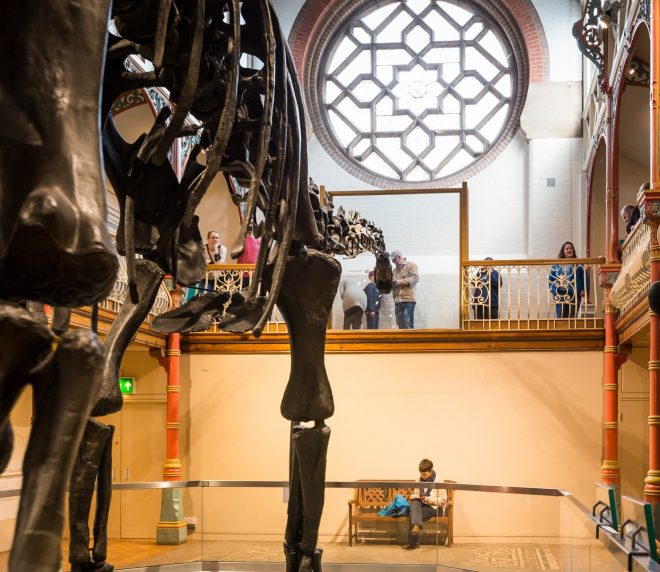 This sounds terrible but I wasn’t feeling hugely excited at the thought of seeing Dippy the Dinosaur at Dorset County Museum. Don’t get me wrong, I love museums and I did want to go especially as a friend had kindly booked us tickets (blimey I do sound ungrateful don’t I) but hear me out.  There had been so much hype I was worried it was going to be a bit “Emperor’s new clothes”.  I knew it wasn’t a “real” dinosaur because I’d found that out a few decades ago (I’ve got over that), but only learned recently that it’s not one full dinosaur fossil and is actually made up of five (is it?) different ones.  Maybe it was my own fault for setting unrealistic expectations, or being a Paleontologist’s version of Verruca Salt in Charlie and the Chocolate Factory, or those tourists in Jurassic World demanding more and more exciting dinosaur experiences until the scientists are forced to create a monster killer hybrid. That would’ve served me right, wouldn’t it.

Anyway, I had to tell myself “Come on, misery guts, this will be exciting, and educational, and very nicely, free! Everyone has worked so hard to get it here.  Use your imagination!”  And like I said I do love museums, mainly because I’m of that age where graveyards become fascinating too, but mostly because Dorset County Museum is a magical place with its Roman mosaic floor and Victorian galleries.  I have to confess seeing Dippy filling the space to capacity actually was very impressive. OK, it was a plaster cast, but it’s a life-size plaster cast.  To imagine that beast roaming around the earth was in fact pretty awesome if a little bit terrifying even if it was just a plant eater.  We spent ages analysing the bone structure too.  That was amazing. We wondered how long it took to get that big and where all the nerves and blood vessels went and how long would it take for food to travel the length of its neck to its stomach and did it lay eggs and how big were they and actually how little we knew about it.

In one of the display cabinets around the edge there was even a book with a handwritten letter to its owner by none other than Charles Darwin.  In the end we spent way longer than expected in there to the point we probably over-ran our allotted time. 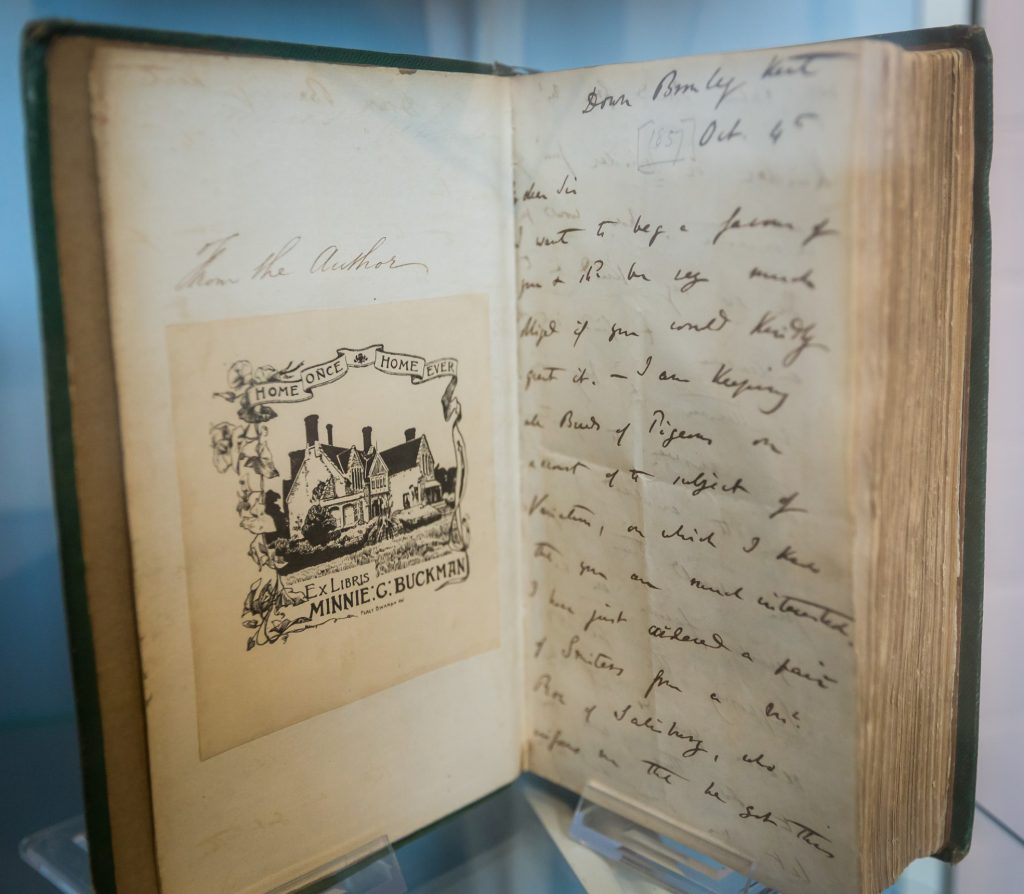 So all in all we had a jolly lovely time in Dorset County Museum. I even bought myself an expensive postcard (I don’t blame them – they had a captive audience) and sat on the bench under Dippy’s head to write to Martin Clunes. That may seem a bit random but not only does he live in Dorset but the only time I’ve ever seen him in the flesh was at a talk about Belize back in the 1990s at the Natural History Museum – the last time I saw Dippy!  My friend had to wait ages to get a quiet moment to take a photo – that’s me on the bench (aka Dinosaur meets Dinosaur).

And having to eat my words the hype worked to our advantage because the lovely art shop in the town was offering 10% off if you’d been to see Dippy.  I’ve had a lot of fun with my new paintbrushes thank you very much. 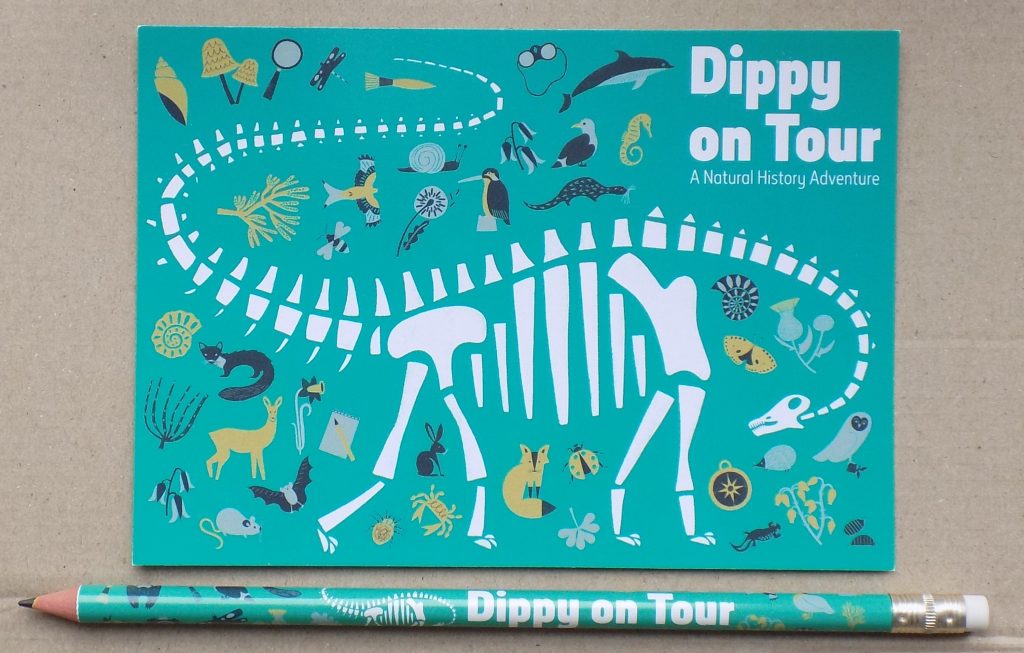