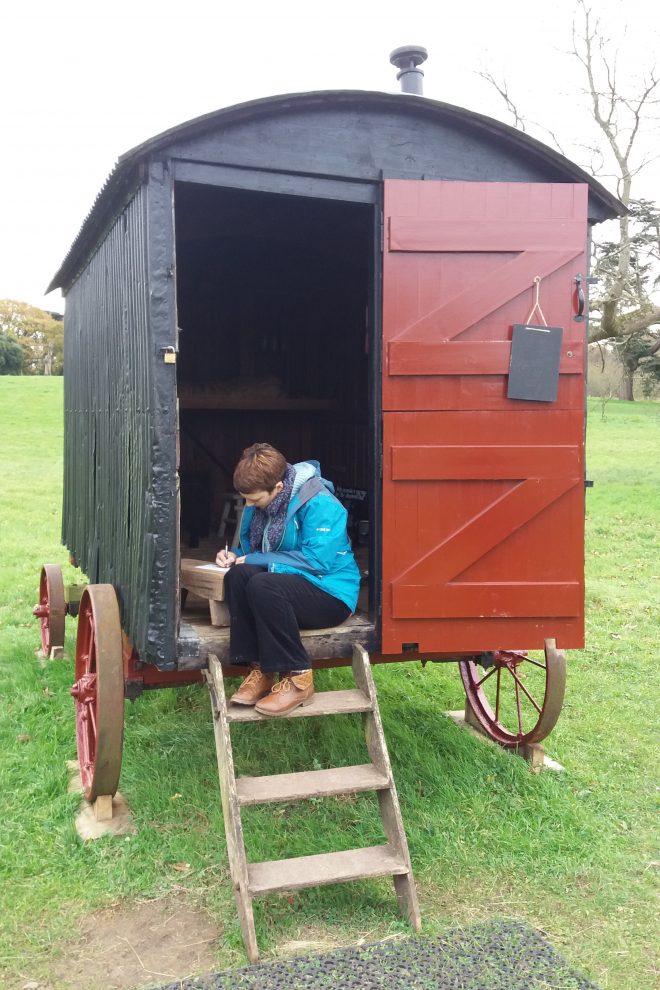 Last week we went on a little historical field trip to Kingston Lacy House, near Wimborne in Dorset, to search out interesting letter writing venues. For some reason in the 20 years we’ve lived here we’ve never had a proper tour of the house. Last Christmas it was open for an Edwardian themed celebration which was stunning but the one thing I really wanted to see were the keys to Corfe Castle in the library and that was all closed off. I’ve no idea why it’s taken nearly a year to go back but anyway we made it.

It felt a bit decadent going mid-week but we were both free so we met a friend there and joined up for a morning house tour. It was fab to see the keys at long last, especially having told hundreds of children about them on tours around the ruins of Corfe Castle. It’s a fascinating story and definitely worth looking up. During the English Civil War Lady Bankes managed to keep out the Roundheads for ages with only a handful of soldiers. It was betrayal and an Act of Parliament that left Corfe Castle looking how it does today, but she was allowed to ride out with the keys as a mark of respect for her feistiness. It doesn’t sound like very much but it probably was back in the 1600s.

Kingston Lacy was where they set up a new home which is another fascinating place. I don’t think I’d want to call those big old manor houses home really but they have so much art and history you can’t help but be a little bit impressed. I was really looking for a place in the house to sit down and write a postcard to my friend but it wasn’t a milling around, sitting on the historical furniture, kind of a tour that day. But it was lovely to see the writing desk of Henrietta Bankes, and an IOU written and signed by none other than Charles I! That was amazing.

We did find a Shepherd’s Hut in the grounds which I did write the postcard in, in the end, albeit completely freezing! It was very Thomas Hardy-esque (not my postcard, the setting) and reminded me of that lovely scene in Far from The Madding Crowd with Carey Mulligan and Matthias Schoenaerts. Perhaps in the summer we’ll have to search out that Shepherd’s Hut from the film. I think it’s just over the border in Somerset somewhere…