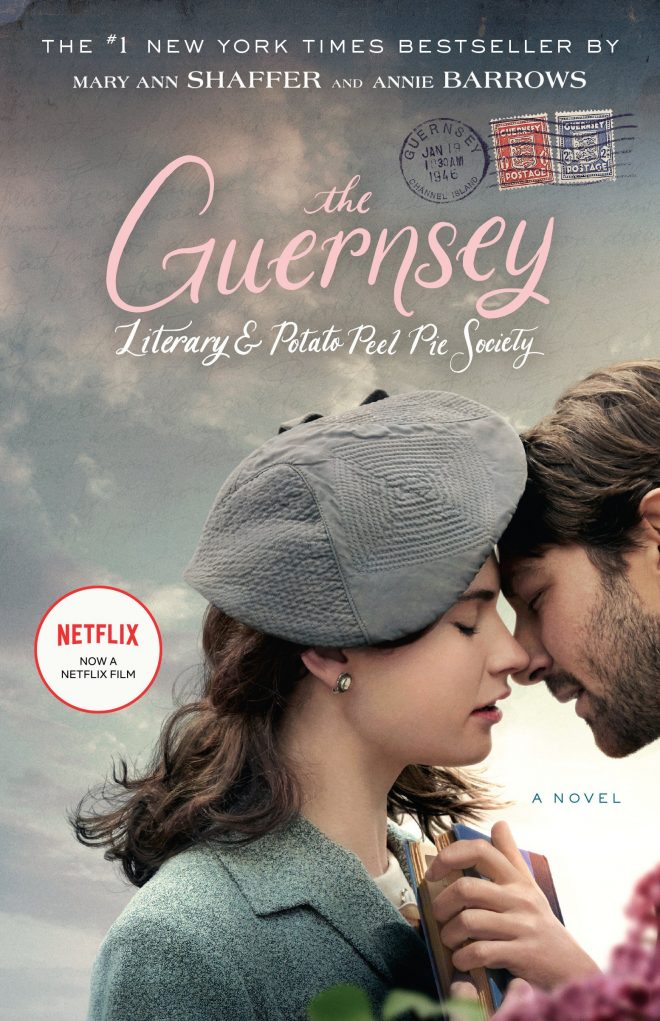 After seeing recently that Liz Maguire from Flea Market Love Letters was reading The Guernsey Literary and Potato Peel Pie Society I happened to look up when the film was first released in the UK and was surprised to see that it was only three years ago on 20th April.

Having not watched it for a while I suggested to Liz that we do a little watch party with anyone that fancied joining us, so that’s the plan really. It’s not a “livestream”, just a grab yourself a copy of the DVD or find it on Netflix or other and press play at 7.30pm. I’ve done a similar evening for someone’s birthday in lockdown and it was such a nice feeling to know we were all watching the same film at the same time. Like being at the cinema but from the comfort of our homes.

If you wanted to go the whole hog I thought I’d have a go at cooking Potato Peel Pie for tea as well. This recipe from a member in Guernsey probably has a few more ingredients than in the original but at least it means people might actually eat it. I may cook sausages too, just in honour of Dawsey.

Anyway, if you fancy joining us click HERE to get a taster (of the film not the pie).