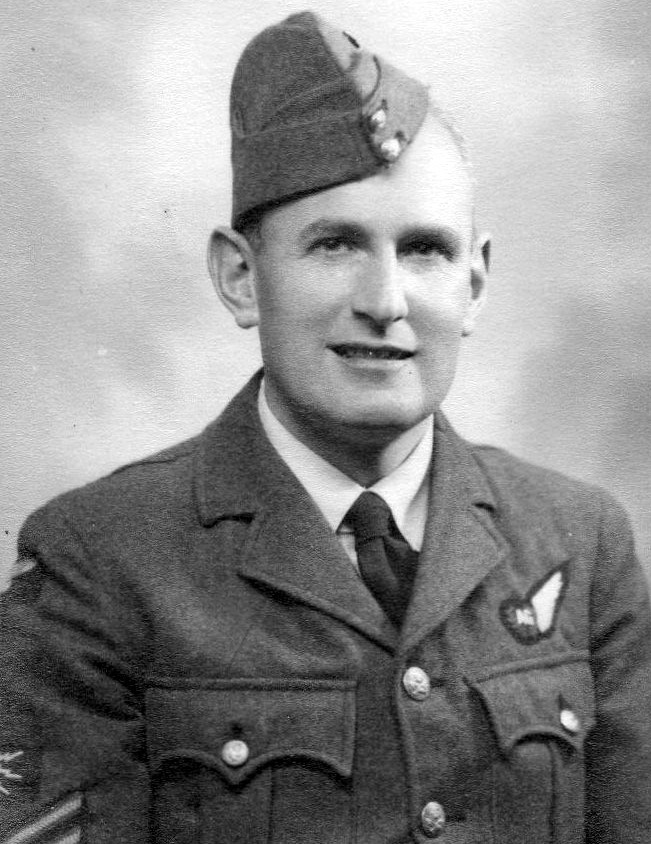 This letter was written by Hugh Charles Hood (Charlie), a member of the family, we think on 31st May 1942 straight after the bombing of Cologne.  Charlie was a Wireless Operator and Air Gunner for the RAF.  Charlie’s letter is a personal account to his family of what he went through on that horrific night.  I can see him, in my mind’s eye in the Sergeants’ Mess late on a Sunday writing out this letter to his loved ones. Even the folds in the paper conjure up a living breathing person.  To read the descriptions of terrifying battles in the sky and the graphic scenes he witnessed, to hear the longing to be safe and with his family, is beyond poignant. 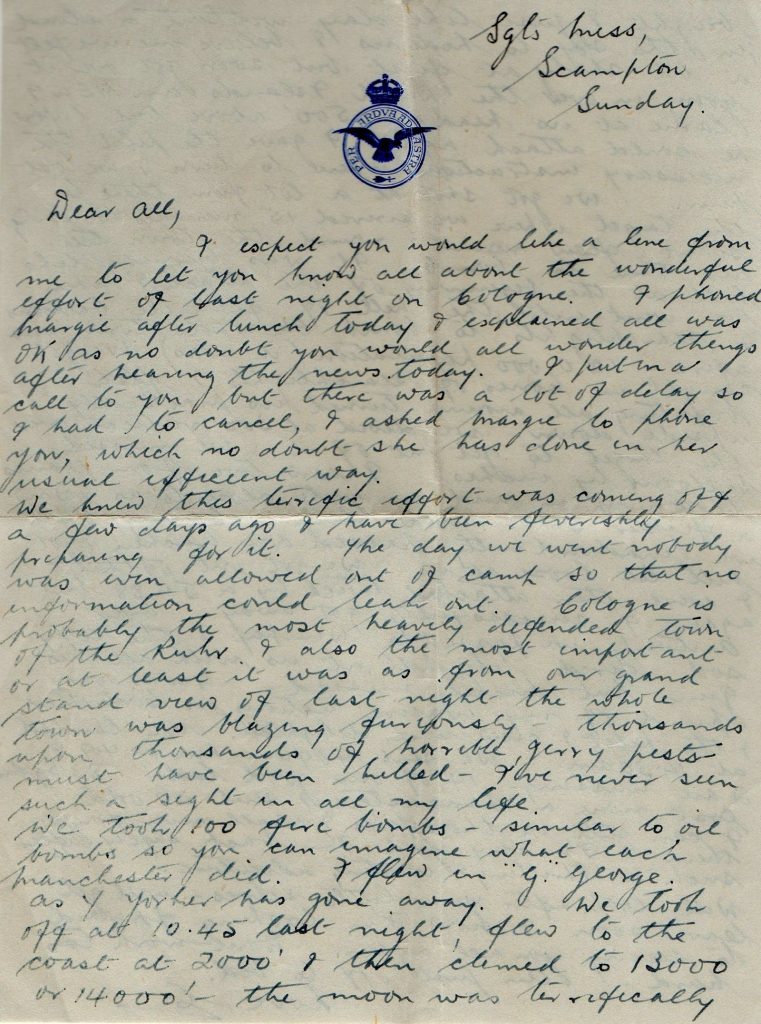 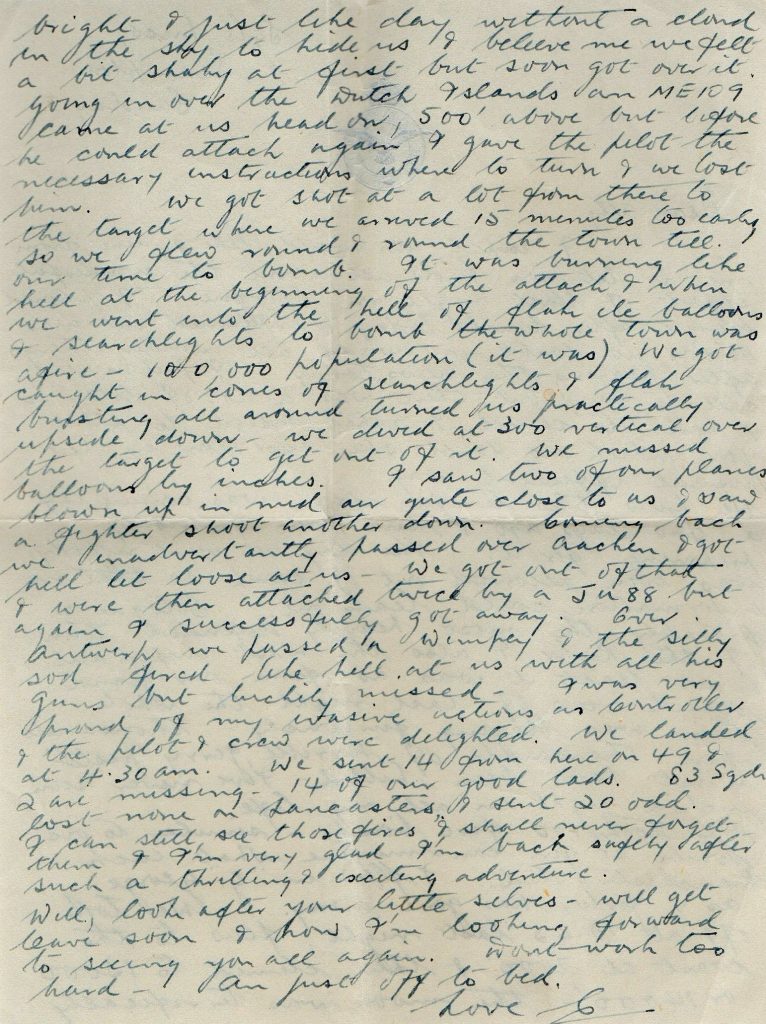 Charlie went missing on the night of 6/7th June 1942 while on air operations.  He was 33 years old.  Because he had no known grave his name is listed on the Runnymede Memorial.

This was his last letter.

One thought on “Adventures in Letter Writing No. 29: In Memoriam”